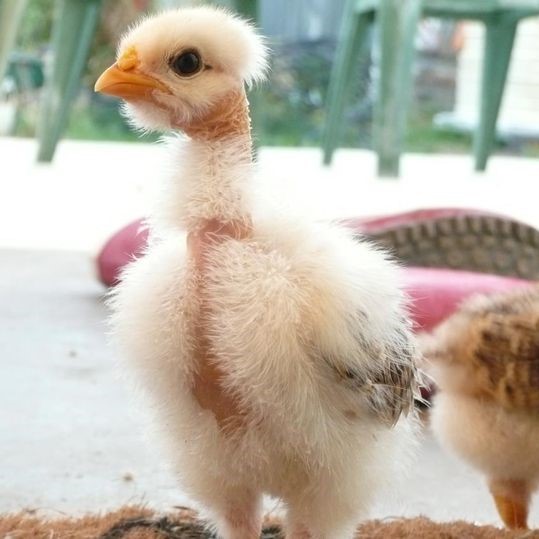 When I was 6, My Mom Got Me a Naked Neck Chicken

When I was 6, my mom got me a Naked Neck chicken. It was an after school surprise… the type that requires blindfolding you, and then the commands, “follow me, now we are entering the kitchen… okay, you can open your eyes.” And yes, you read right when I said the kitchen. Maybe I wouldn’t approve of that now but then, no one considered it as a health risk to bring a life chicken that was just bought from the market into the kitchen.

Upon opening those curious eyes of mine, my joy was mainly about something unusual. A naked neck chicken. It was the first time I would see such, and instead of being terrified as you may think, I just loved the whole idea and immediately took the wire cage outside without remembering to say thank you to mom. Still in my uniform, I was reminded that I had to change my clothes and have launch. Who would disobey after getting the most amazing gift in a long time?

It only took a few hours before I gave my first chicken a name “Champion,” and he lived up to that name. I mean, Champion grew into a dominating male that would take all the hens to himself, fighting off every other male.

I can still remember catching grasshoppers on the school field and keeping them in a cellophane bag just so I could give Champion. It was from owning a naked neck chicken that I started to develop a sense of responsibility… that feeling of having to cater for something, my lovely chicken.

I watched Champion fight, kill small rats, and molest other male chickens, and I got pleasure from all of these. It was always fun to call my friends to come and see how my naked neck chicken dealt with even bigger chickens. In the absence of today’s gadgets, those chicken fights made our childhood.

ALSO READ:  BIOSECURITY IN POULTRY﻿: THE PART YOU MISSED

Champion’s maturity was another thing I anticipated as a kid. And it was quite fulfilling to hear his first crow, even when he could not complete the rhythm… the “ku-ku-ruu-ku sound.”

I will not tell you the sad end of my naked neck chicken, but ever since, my passion for chickens has never lacked fuel. Though I never knew I would become an Animal Scientist, walking this path has also allowed me to satisfy some of my childhood desires. As a kid, I had many chickens after Champion, some died, some survived. The saddest thing was not knowing the cause of their death. I once lost 29 out of 30 Cockerels shortly before I was admitted to the University to study Animal Production and Health.

When I started to find out what I did wrong or what I could have done better, I wanted to try things again, but in a different way. With more confidence and an assurance of a positive result. And I did!

Right now, my desire is to help others succeed as a farmer. So help me God!

How to Send and Receive Android Messages on PC