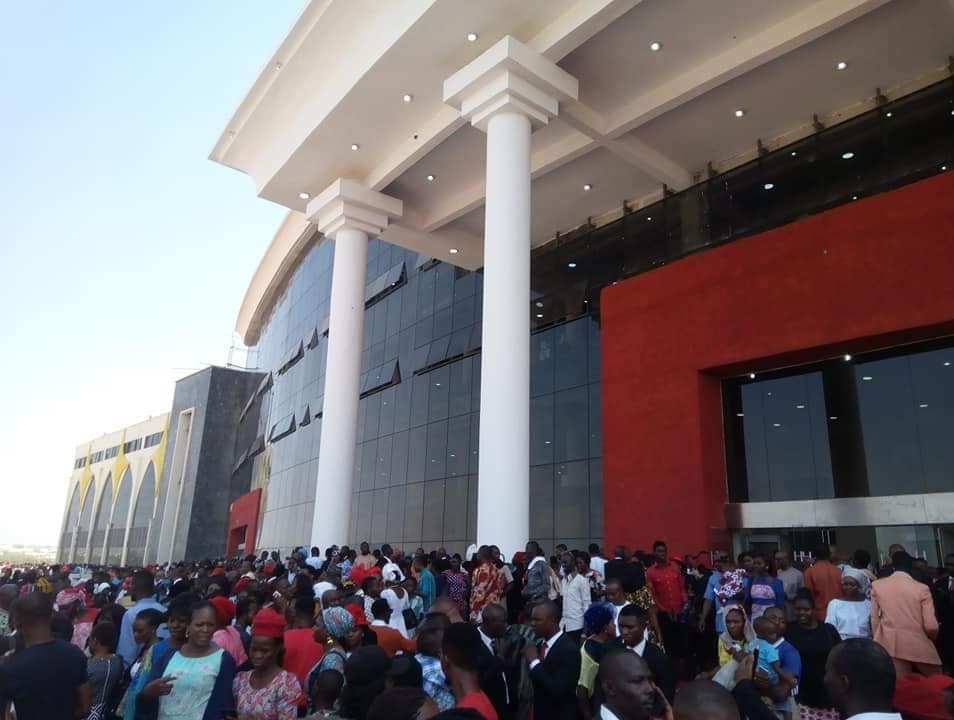 Dunamis International Gospel Center, founded by Dr. Pastor Paul Enenche, has recently dedicated The Glory Dome. This new church auditorium appears to be first of its kind, the largest church auditorium in the world. Now, that’s a world record! The magnificent auditorium has been confirmed to contain 100,000 people at a time. Before you worry about wrong data, I’d like you to know that most of the information in this article were provided by the Founder of the church, Dr. Pastor Paul Enenche during an interview about the glory dome.

THE VIDEO BELOW SHOWS THE ENTIRE PROCESS!

The Glory Dome design was not an accident

But who could sit down to plan the construction of a 100,000 capacity church auditorium without a roof pillar? Hear what the pastor said during an interview.

“What was obvious to me was what we wanted to do. We knew that whatever creative and gifting we needed was right there in the house, so I announced in church that I needed a building team––structural engineers, building engineers, mechanical engineers as well as quantity surveyors.

They came out en masse. We selected the architects and gave them the concept I wanted. I told them anything from 75,000 to 100, 000 seaters all under one roof. I asked them to go and develop the concept. We had about five different designs. The current design was what met the specification of what we wanted.”

The Glory Dome is a masterpiece that represents a massive and elegant structure. No wonder the construction required going down to the earth almost 8-12 meter with iron pillars and concrete before the emergence of anything seen at the surface. That is almost 40 feet! Even at half of that depth, one would consider it safe to sleep with your two eyes closed. The founder of the church, Dr. Pastor Paul Enenche also said,

ALSO READ:  Habari GTB: Amazing Stuff, All In One App

“It took us sometime before we came out, with hundreds of millions of naira spent. By the time you come out, you are faced with the gallery, it means without pillar going almost 12 metres. There are very few in the world. Then, you are again spanning 274 metres. A football pitch is 90 metres, that means two football pitches under one roof without a pillar. That is a wonder.”

The Glory Dome is undoubtedly a multi-billion project. According to data, the roof alone is in billions – 21,000 pieces of metals hooked together and knitted in the manner a basket is knit.

The alter of The Glory Dome was designed to be central so everyone sitting can see the minister at the same time. The Dome is about 43 meters (141 feet) from the floor level, which is about the height of a 13-storey building.

Also inspiring is the fact that the building was constructed indigenously without any external help. The Glory Dome is a real proof of “what eyes hath not seen,” and an indication that the best is yet to come.

See the full interview with Dr. Pastor Paul Enenche about The Glory Dome and The Lord’s Garden here.

If you Like my page, you are my inspiration, and you’ll stay connected with Guidefreak