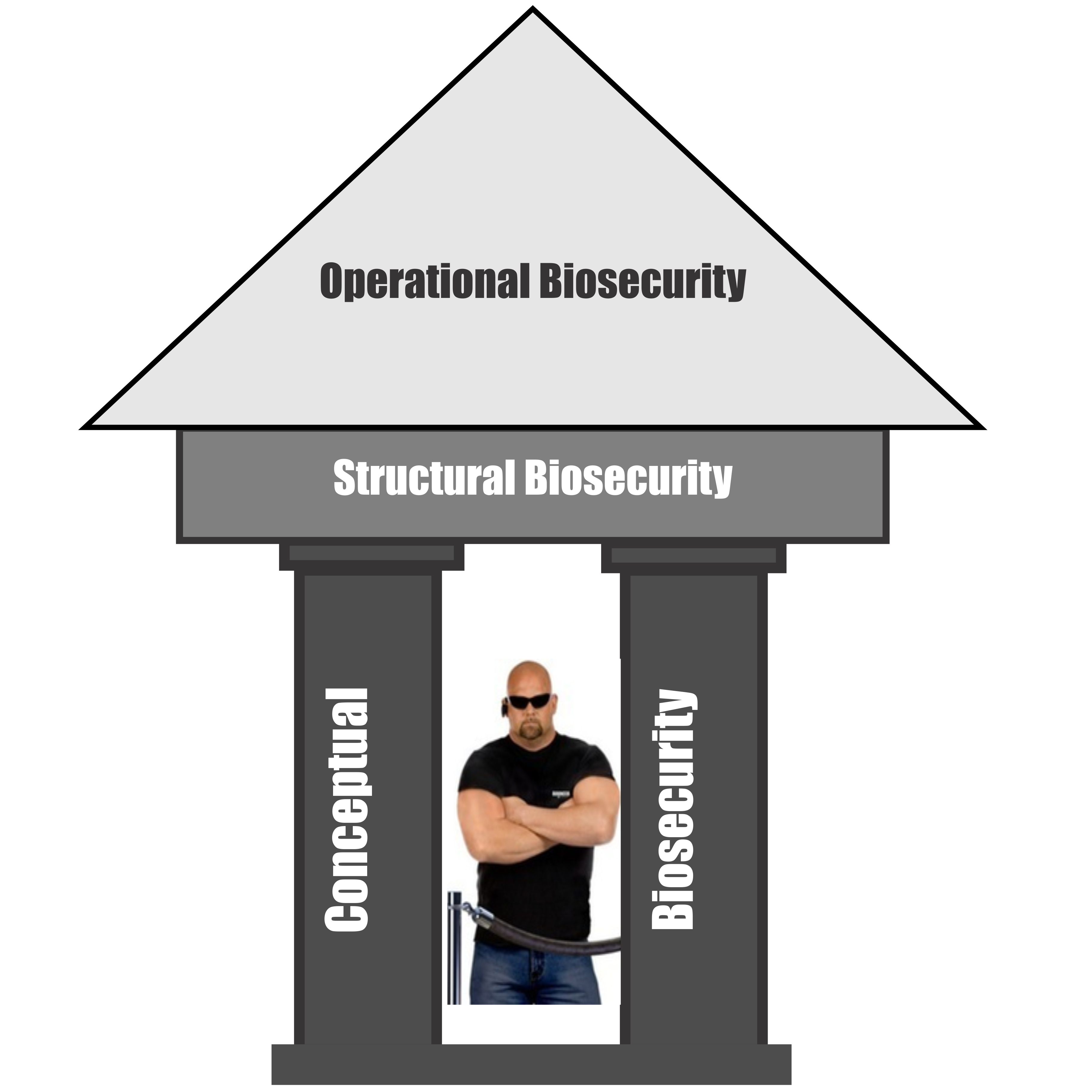 BIOSECURITY IN POULTRY﻿: THE PART YOU MISSED

Biosecurity in poultry is so crucial that it determines the success or failure of a farming project. Take it or leave it, most disease outbreaks that happen on farms are as a result of failed biosecurity measures. Biosecurity in poultry is not what most people think it is; it goes beyond disinfecting your legs and farm boot before entering the pen, and preventing strangers from getting close to your birds.

Poultry Biosecurity encompasses all safety measures put in place to prevent, respond to, and recover from diseases and pests that are harmful to farm animals. These measures include pre-farming decisions and all farming operations that protect your farm animals from diseases.

Although, the concept of biosecurity is not entirely new, many farmers are only aware of the least important aspects while they fail to lay the bedrock of protection on their farm. To be cleared for biosecurity, one has to address it comprehensively, as everything left undone is a loophole for diseases and disease pathogens to invade your farm.

Complete or total biosecurity in poultry consists of three (3) components which are Conceptual Biosecurity, Structural Biosecurity, and Operational Biosecurity. In this article, I will address these 3 components of biosecurity so that you can begin to make wise decisions that will entirely block disease pathogens from gaining access to your farm, and consequently reduce your cost of disease control. Ultimately, with effective biosecurity measures, you will be able to maximize profit.

See also: How To Use Garlic for Poultry Diseases

Here’s a quick insight to biosecurity in poultry

So, I asked some farmers what they are getting as their daily egg production, and I was not surprised at their responses. Only one of them recorded over 92% daily egg production when his birds were less than 3 month into laying. And this is the only person who took Biosecirity very seriously. The rest of them reported less than 85%, which to them, was okay. The truth is, many farmers are satisfied as long as they can see eggs and their meat birds are growing. However, I am happy to let you know that those who take extra precautions will always have their reward. Moreover, what matters is not just the size of your farm but about the percentage productivity.

Permit me to use the following pictures to describe bio-security in relation to what some farmers practice and the ideal situation.

The three components/ levels of biosecurity in poultry

If all farmers practice this, we will have lesser problems with diseases occurrence. Conceptual biosecurity is that primary level that represents the pillar of other strategies to prevent diseases. It begins with a farmer thinking of the appropriate place for his farming operation. This is when the farmer decides not to site his poultry farm close to busy public roads. The farmer will also take into consideration, the biodensity (i.e. the density of humans and other animals that may interfere with the poultry).

What makes this component the most crucial is that it influences all subsequent disease-prevention practices. Also, any defect in conceptual biosecurity will remain as it cannot be changed. It means that if there is a disease outbreak due to a problem with conceptual biosecurity, the farmer will have to cope with the consequences. Note that moving the entire farm is not an economically wise decision to make once the farm is already in operation. This is especially true for large-scale farms.

Let’s call this the second level of defence against diseases and disease pathogens. This line of defence suggests to a farmer to take care of farm layout, drainage construction, road construction, and erection of fences in a way that promotes disease prevention. In this phase, all structural component of the farm are carefully considered with disease prevention in view. Roads have to be constructed to favour all weather conditions.

There must be enough room for bulk feed storage to reduce the frequency of feed purchase and installation. A poultry farm should also make provision for change rooms, where farm workers and visitors can change. It is better to have separate change rooms for visitors and workers. Because some diseases are spread by rodents and wild birds, all farm structures should support the exclusion of wild birds and rodents. Unlike Conceptual biosecurity, it is possible to make some modifications to structural biosecurity but it is usually cost-intensive.

This is what most farmers are familiar with. However, as earlier mentioned, if it is only at the management stage that biosecurity comes in, it is believed that such a farmer has given enough room for diseases to invade his investment. That being said, operational biosecurity is the third level of defense against poultry disease, and it includes all routine management procedures put in place to prevent the invasion and spread of diseases on a poultry farm.

You may also like : How Broiler Chickens Respond to Cold Water

This is obviously not an extensive list; it’s just some of the operational procedures to follow. You can add to this list in the comment below. Let’s see what some farmers may be missing out.

See if you like: Organic Poultry Farming: Common Herbs for Every Disease

HOW TO USE TAGIRI EXTRACT FOR POULTRY DISEASES

﻿How To Use Bitter Leaf Extract for Coccidiosis