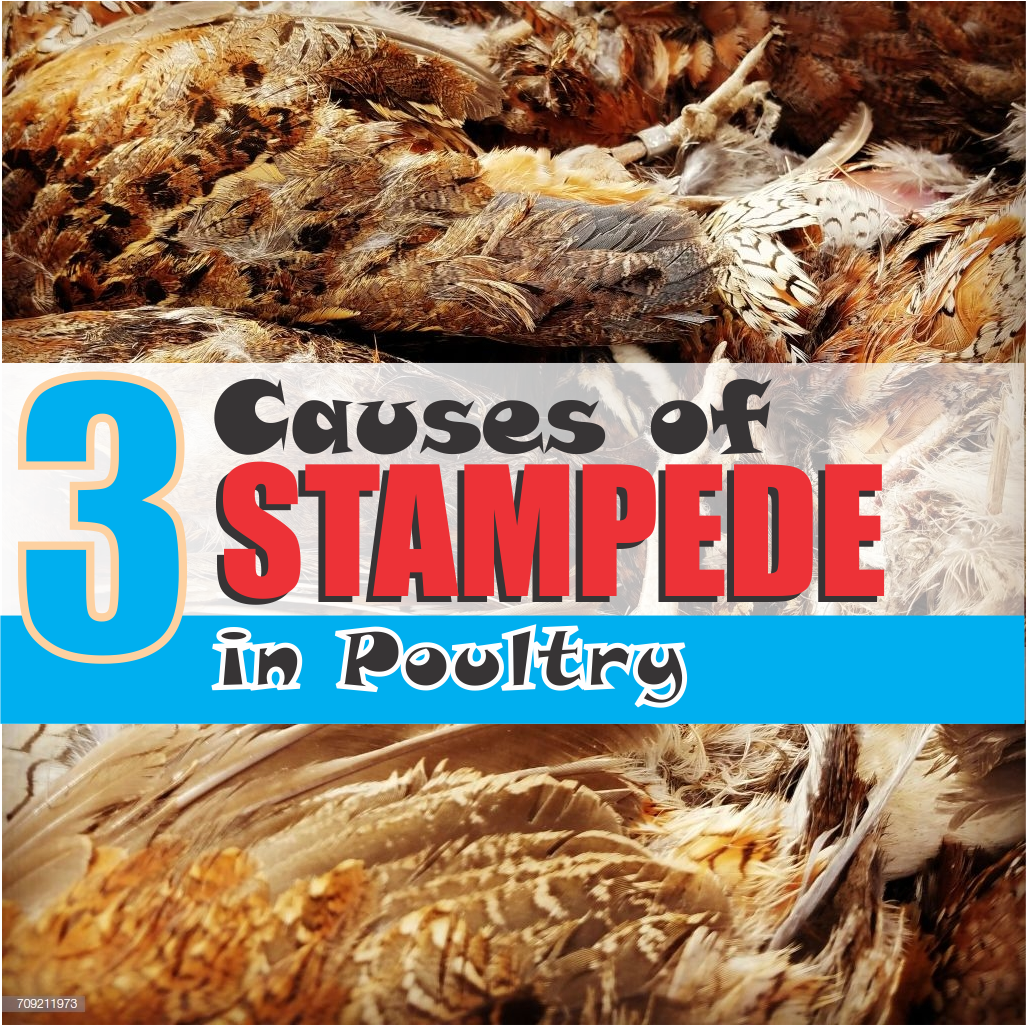 3 Causes of Stampede in Poultry and The Solutions

Stampede is one of the major causes of high mortality in chickens. Depending on the size of a farm, mortality resulting from stampede can run into hundreds. Your ability as a poultry farmer to control the causes of stampede will help you prevent deaths. In this article, I will be showing you both the obvious and unknown causes of stampede. I hope that together, we can put an end to deaths resulting from stampede on our farms.

It is easier for chickens to cluster in sharp corners than round corners, and this is why sharp corners must be discouraged. This way, even when your chicks rush to the corner, they can easily get out. To achieve this, you can use a plywood to make the round edges. Where plywood is not available, simply fill jute sacs half way and place at corners. This will achieve the same result.

During vaccination and other occasional practices that require partitioning the rearing pen and gathering the chickens in a smaller partition, stampede can occur if care is not taken. During such activities, especially when working on a large number of birds, it is safer to have someone in charge of the chickens’ welfare. The job of this individual will be to always ensure that your chickens are well spread and not clustering together. I have practically seen over 80 birds die during a vaccination exercise due to the lackadaisical attitude of the attendants. I have also heard about higher numbers.

This is usually what is involved when a stampede causes a lot of deaths. In my research about animal behavior, it is established that animals get used to things they have been exposed to in life. For instance, goats raised and allowed to graze around in cities will get used to vehicles and motorcycles. On the other hand, those raised in confinement and far away from busy road will be alarmed whenever they see a moving vehicle. The same thing is applicable to chickens.

If your birds have never heard a thunderstorm, they will express great shock whenever they do, and will all run to the corners. But there is a solution to this. The only solution is to get them used to occasional noise. Here’s what I do. Early in the morning when I enter a pen, I would hit an empty container to frighten them. The more I repeat this, the earlier they spread out after running to the corners. If chickens can spread out quickly after a noise, there is a possibility that there will be no casualty. This is what I try to achieve when I frighten the chickens occasionally. Like they say, I am preparing them for the evil days. This is a case of stampede that resulted in the loss of 364 chickens.

This is a case of stampede that resulted in the loss of 364 chickens.

If your chickens suddenly see a rat, bird or lizard in the pen, they will also react similarly. So, try to seal all crevices to prevent the entry of rodents and other invaders.

The causes of stampede listed above are some of the challenges that farmers face. Stampede threatens a farmer’s profit.

5 Vaccination Errors That Will Kill Your Chickens

How to Determine Floor Space Requirement for Broilers

How to Prepare Lactobacillus (LAB) for Chicken Health